Part of the awesomeness of working in Rome, is the ability to jump on a train for a quick overnight trip to Florence. My coworker and I had a day off together and jumped on the 6:03am train to explore Florence. We went with no expectations and had an absolutely amazing time.

We checked into Eurostudent Home because some people we met at The Yellow told us that was where they were staying. We basically dropped off our bags and decided to get lost in the city. There are three Statues of David in Florence (one real and two fake). We immediately stumbled upon one of the Davids as well as a ton of other statues. 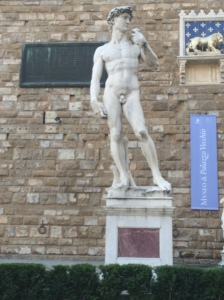 I know that the thing to see and do when in Florence is the Florence Cathedral, but the line was super long and the architecture of the building on the outside was enough to satiate my artistic fix of the day.

We continued walking through the city and came across the leather market as well as the food market. I think I prefer to have my food served without knowing what it looked like alive. But it was interesting to see what another country offered. 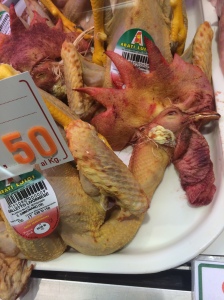 Later on in the day, we ended up at two Irish Pubs (because obviously that is what you do in Italy) and met a guy who had friends in Florence that took us to a piazza where the locals hung out. We bought a bottle of wine and sat on the steps and didn’t understand a thing that anyone was saying. It was absolutely fantastic. 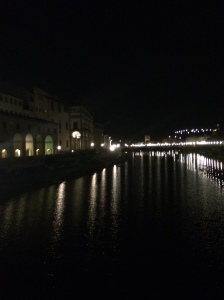 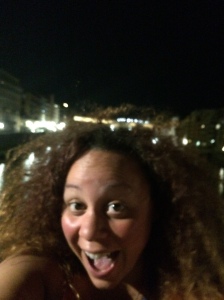 Later in the night, I had the unfortunate accident of twisting/spraining my ankle. I’m not quite sure which one it is, but it was all in pursuit of the secret bakery. It was the best chocolate croissant I have ever had!

The next day I refused to let my little injury stop me from going to see the best view in Florence. Piazzale di Michelangelo has the other replica of the statue of David and allows you to have an epic view of Florence. 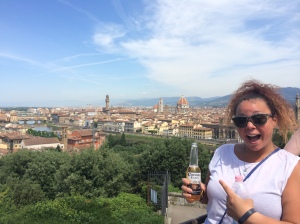 Finally, all we wanted was from cheese and prosciutto and we somehow stumbled upon a very non touristic place and had the best lunch ever! Nothing says Italy like amazing cheese and meat and wine. 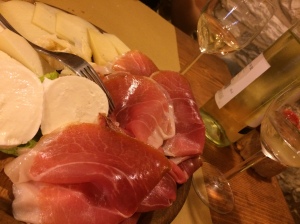 Part of traveling is making new friends and collecting things along the way. I started collecting bracelets and fear that I am going to start running out of room on my arm at some point.

I also think the use of the vespa or scooter is fantastic in Europe. Florence did not disappoint me with their parking and transportation abilities.

28 hours in Florence has given me a lifetime of memories.