Uruguay.  The neighbor to the behemoths Argentina and Brazil. A relatively small country when you are looking at it’s size in South America ranking 11 of 14 for total area. Many people from Buenos Aires head over to Uruguay to get USD out of the ATM and bring it back across the border. Uruguay will accept US dollars or Urugyuan Pesos and is a great place to change money.

I took the ferry from Buenos Aires to Colonia and jumped straight on a bus to Punta del Este. High season tends to be January and February and this area is considered a retreat for the rich or something along those lines. Since I was not in high season I was just in an overpriced deserted town. The beaches were empty but full of seashells and very windy. However, I was told just a few hours north was a much better town with better beaches and for less money. 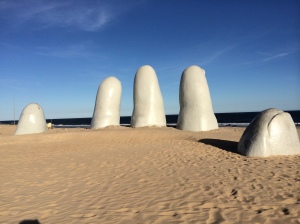 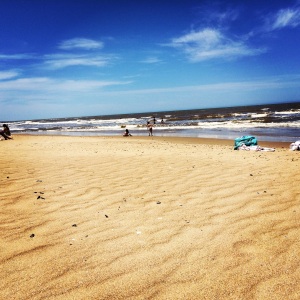 This is how I started my journey to Punta Del Diablo. I don’t know if it was the hostel or the location or a combination of both, but I absolutely fell in love with this little town! I stayed at Hostel de la Viuda and felt like I had just walked into my own house. There was a great kitchen and cozy couches and tons of dogs that come with you on a walk to the beach or store if you are so inclined. This little town of a population of about 1,000 has one ATM open only in January and February. There are a few grocery stores and restaurants to keep yourself fed and mostly just beaches forever and a wonderful park all within walking distance. Really, this is a wonderful place to relax and recharge and stay out of the tourist traps.

After 8 nights I thought it was time to start heading towards my Christmas destination of Iguazu Falls. I decided I would head back to Argentina via Montevideo and Colonia so I jumped on yet another bus to Montevideo to see what the capital was all about. When I got there my phones were dead and the taxis were on hiatus and I had NO idea where my hostel was! I booked a bus to Colonia with a company that I knew had wifi on board and booked a hostel on my computer and took a few more hour journey to my final stop in Uruguay. Sometimes traveling doesn’t always go as planned but there is always a way to figure it out.

Colonia is one of the oldest cities in Uruguay and considered a Unesco World Heritage site. I walked around a bit but mostly just took the day to figure out my next steps and treat myself to some delicious steak! 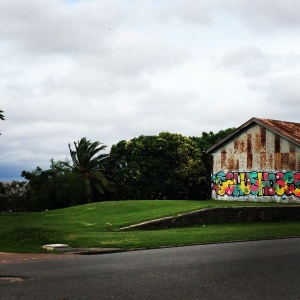