Jetlag is no joke! I woke up bright and early with energy to go to the gym and rocked a workout (I am not a morning person) before a 4-5 hour bus ride to Agra. The thing about these tours that I find pretty great is that you get to see so much in such a short amount of time which is truly an advantage of having the transportation and route already set for you.

First stop was to Humayun’s Tomb. It seems that most of the stops on this tour are tombs since the elaborate architecture is what I find so fascinating and apparently many other people. 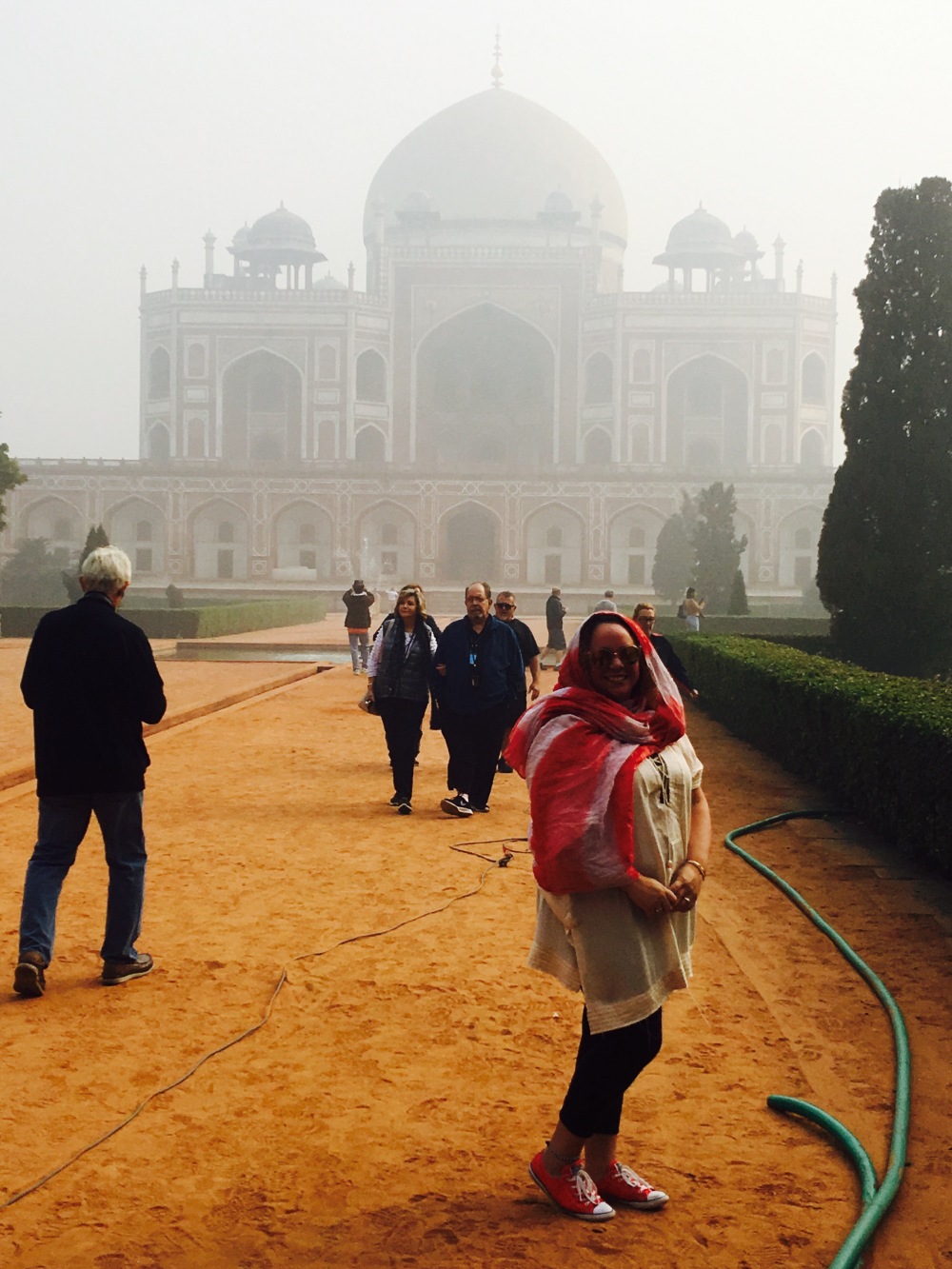 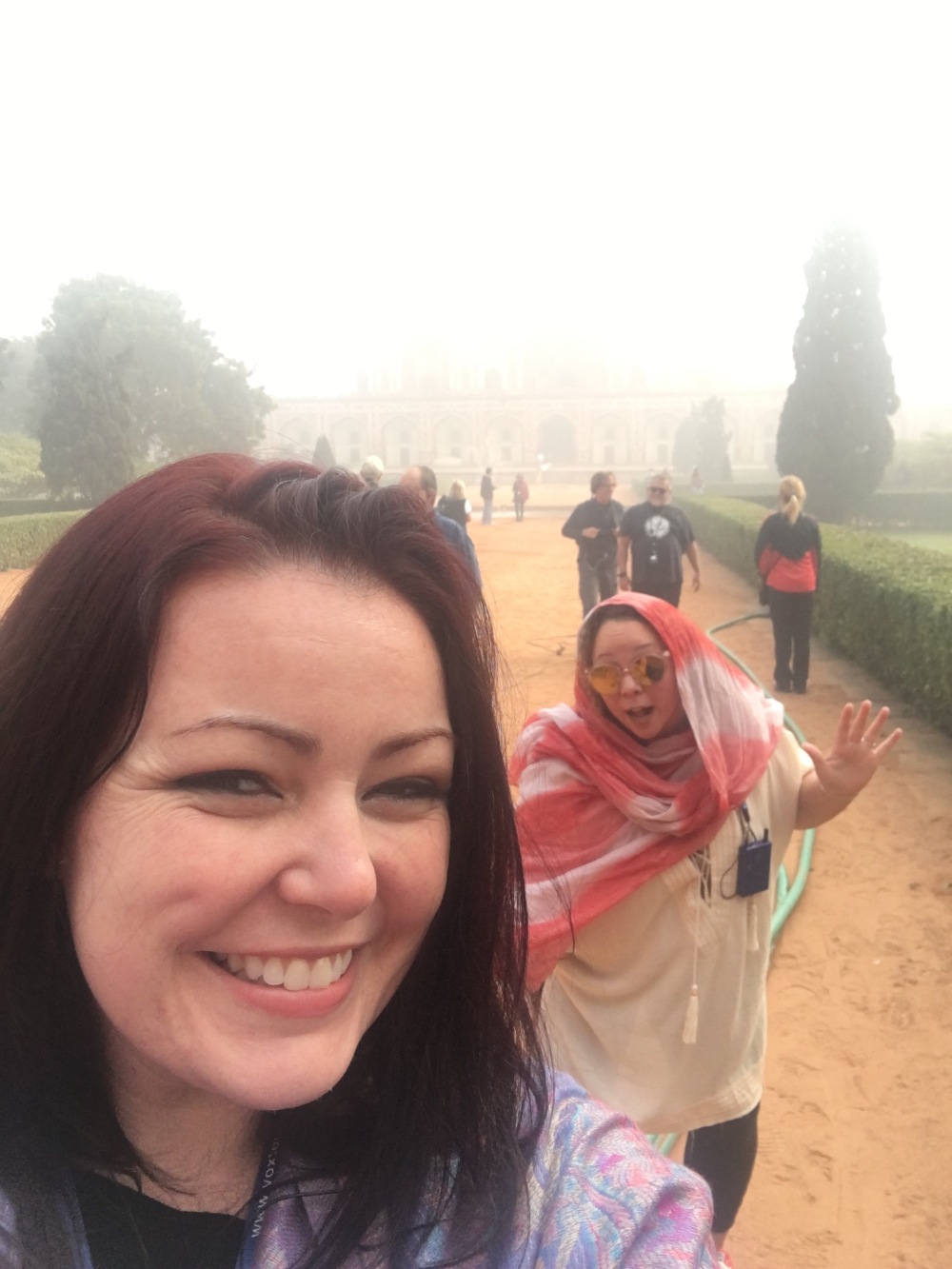 An elaborate complex of tombs from the 16th century, set within beautiful gardens as the final resting place for Humayun, the second Mughal Emperor, and his family. Humayun’s garden tomb — India’s first UNESCO World Heritage Site — influenced the designers of the much more famous Taj Mahal.

The little blue things that you see around our necks are our listening devices. Basically, the tour guide could be almost anywhere on the site and speak about the history and we could roam around freely and take pictures and still listen. It may have looked a bit silly but it made the tour much more enjoyable. 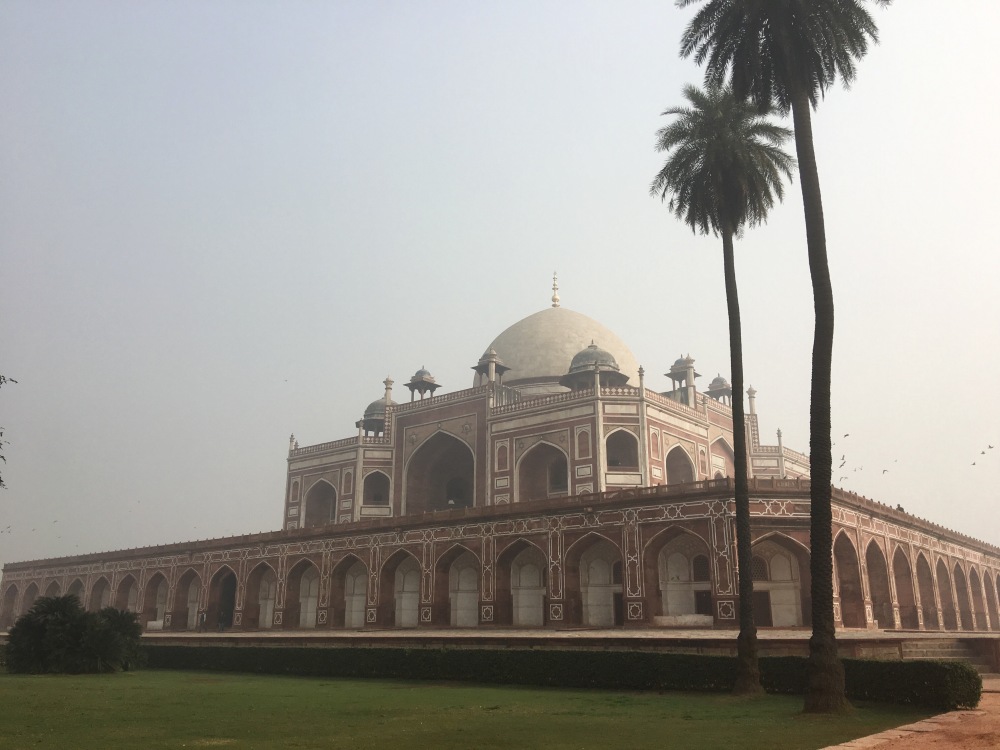 I fell in love with these squirrels which at first I thought were chipmunks. You will see more of these coming as the trip continues.

As usual, it was back on the bus and on our way to another destination. Next up was a stop to visit Itmad-ud-Daulah, also known as the Baby Taj. Emperor Jahangir’s queen, Nurjahan, built this exquisite marble tomb in memory of her father, Mirza Ghias Beg from 1622-1628 A.D. The tomb’s elaborate carved white marble with inlaid semi-precious stones reflects major influences from the Persian Empire. Both historians and Agra locals believe this marvelously intricate stone inlay, called Pietra-Dura, also inspired the design of the famous Taj Mahal. 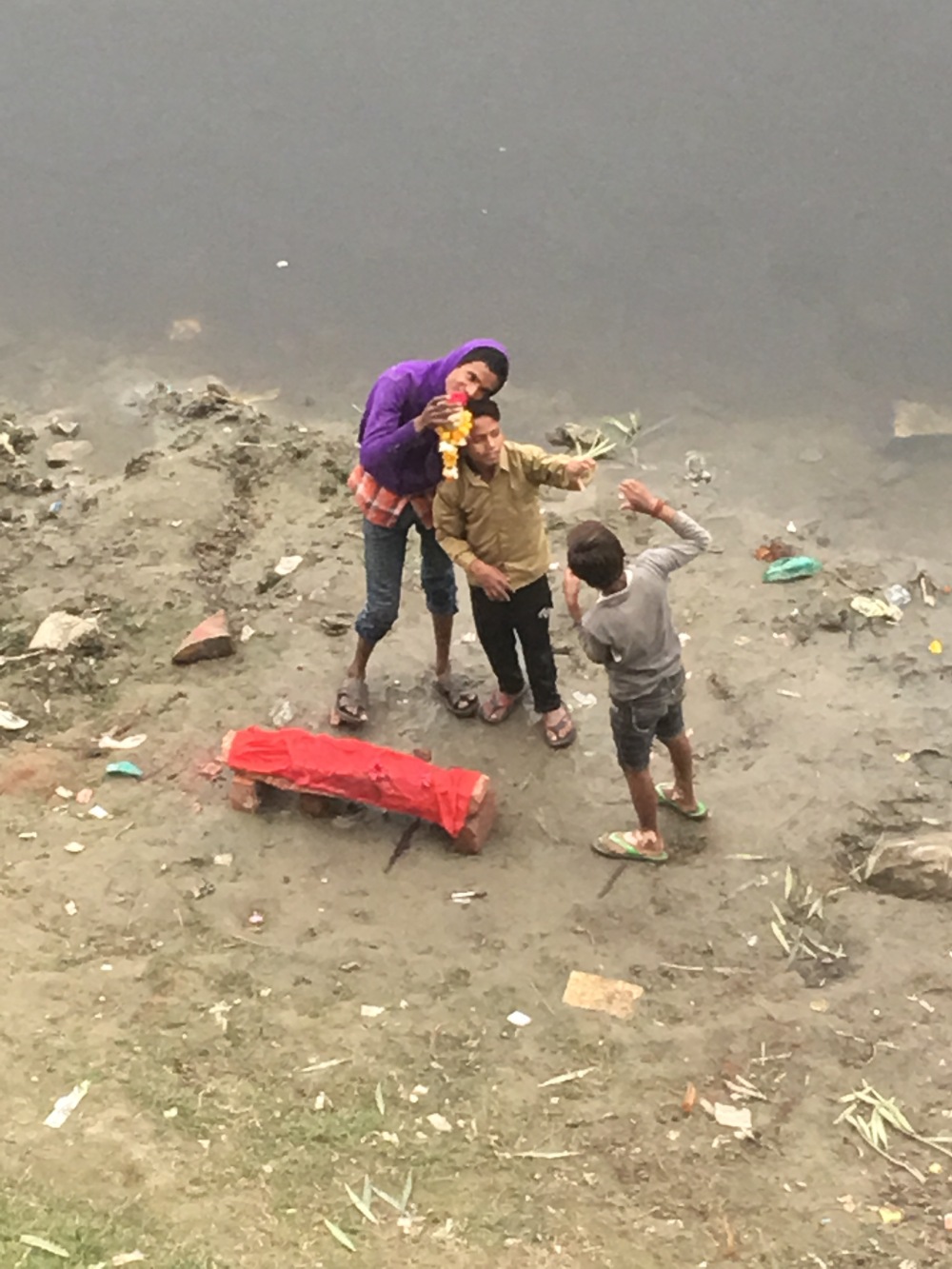 These kids were at the site and would call you over to take a picture and after you take the picture they would ask for money. Our tour guide said that we should not promote a society of begging and try not to hand out the money or offer it for things. To be fair, because of the financial crisis, I didn’t have money anyway! 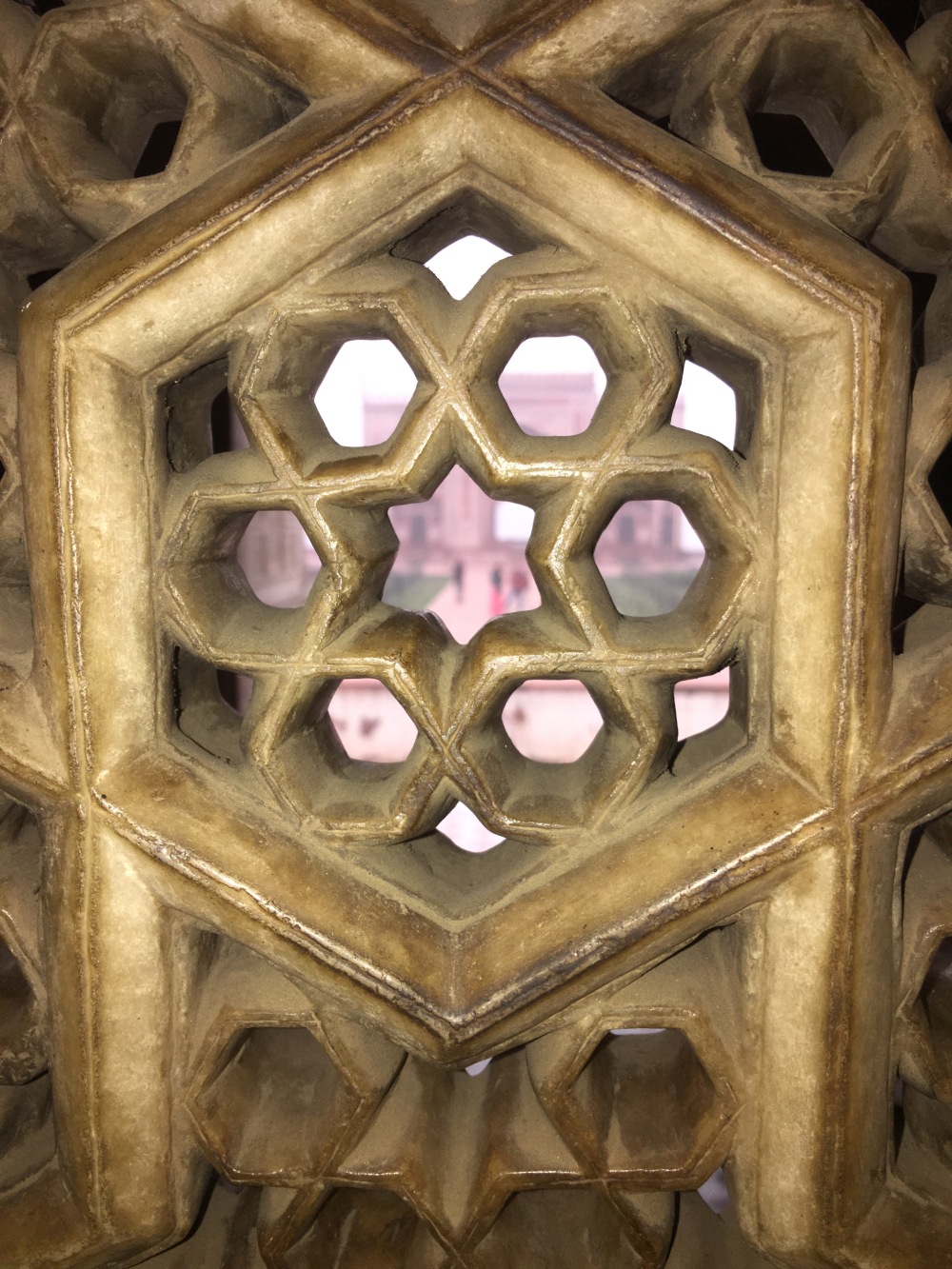 The entire day, even with all the driving, was incredibly magical. It ended with our arrival to the Courtyard Marriott in Agra where there was a woman selling bangles and offering to do some Henna for about $2! I ended up getting this hand done and the next night my hand and a foot. There is a tradition to have this done the day before a wedding ceremony. My friend’s sister was getting married in Mumbai and so I felt like my henna was justified as more as just something that I find completely awesome.

We went to the bar in the hotel and the bartender had FANTASTIC english although he spoke so fast that sometimes it was hard to understand what he was saying. I learned about Old Monk rum and McDowells rum as well as the most crazy game called kabaddi. Think Red Rover meets Rugby meets capture the flag. I would suggest that you You Tube some of the matches and check out this sport. There is a 13.5 hour time difference from California to India and the jetlag was catching up and it was the perfect way to end the day!