Just a quick flight from Cartagena to Medellin and we were in an entirely different climate and different part of the country. We had 1.5 days to explore Medellin which was not nearly enough! We got to our hotel and we were able to have an early check in which is always nice. We dropped off our stuff and walked around the neighborhood to try to figure out what was around. It turns out it was hot and we didn’t really know where we were so back to the hotel we went for some relaxation and napping. The adventure was going to have to wait until the next day!

I decided to take the 4 hour free walking tour from Real City Tours and I am glad I did! Our guide was called Monsa and she was a super enthusiastic Paisa with personal stories to share at every stop. 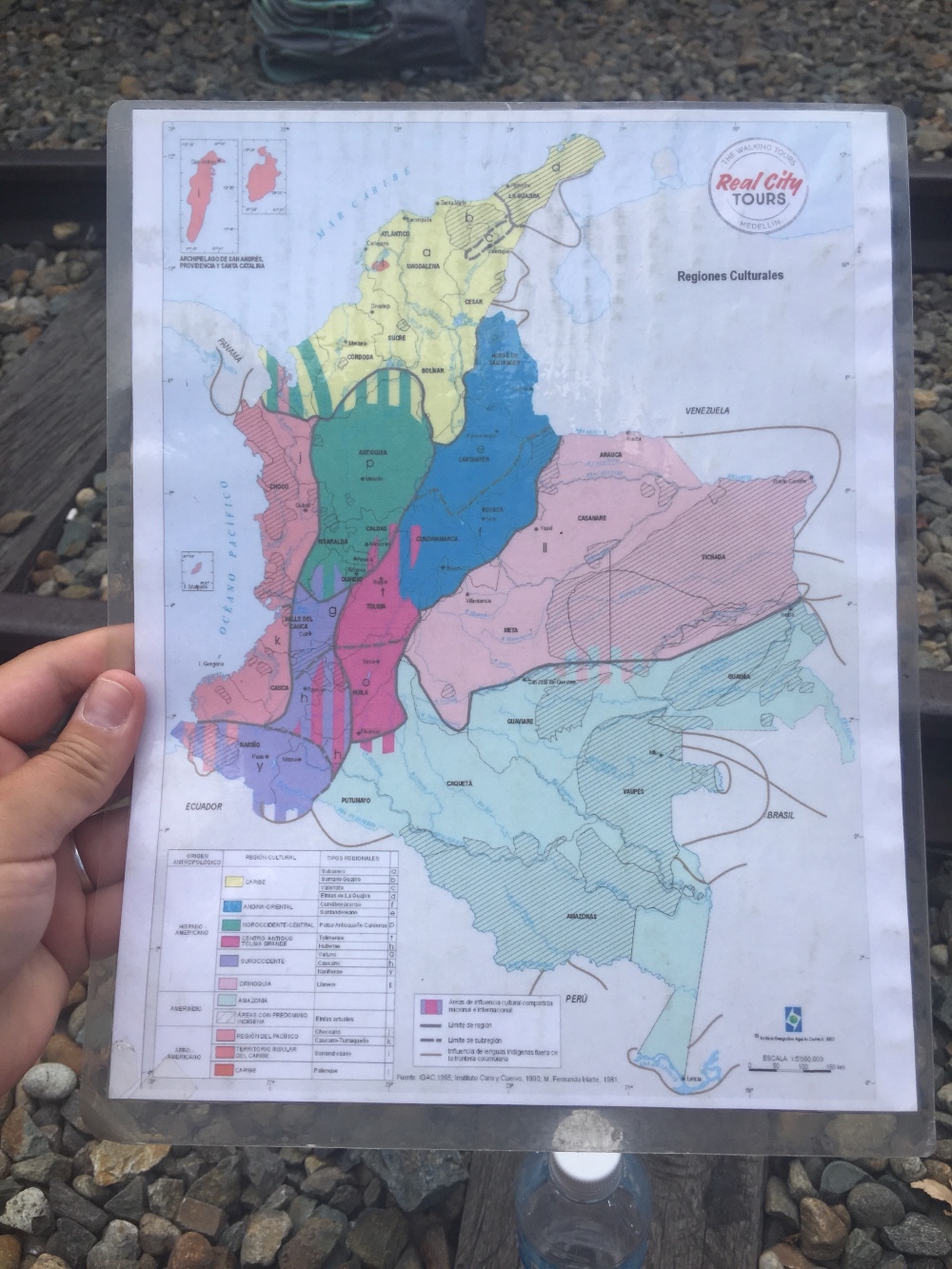 The history of Medellin starts well before the written history but since there are no records, people don’t know much about it. Because of the location of Medellin, the people were cut off from the rest of Colombia until the train tracks opened up. Basically they are a mix of the Basque and Jewish people that all came together and were “discovered’ by Christopher Columbus and that is how you get the Paisa people from Medellin.

Unfortunately many people associate Medellin with Pablo Escobar or Narcos and we think that what we see on Narcos is the truth. Medellin is very conflicted with Escobar and find that it is a generational thing for the feelings towards Escobar. The younger generation looks up to him while the generation that lived through his reign, think he is absolutely awful. Then there are those who are in between about their feelings for him because even though he murdered lots of people, he built houses and gave back to the community. So how many houses allow you to atone for one murder?

Anyhow, Medellin was once the most dangerous city in the world and they have worked very hard to clean up and change their image. Although the government was in charge, Escobar really ran the city and you either took his bribe or you were killed.

In 2000, President Bill Clinton and President Andres Pastrana signed a bill called Plan Colombia. Basically this was foreign aid we were giving to Colombia to help clean up the cartels and the left-wing insurgent groups that were reigning over Medellin. While this seemed like a great idea, the government was paying people per insurgent killed and some of the less honest people were murdering innocent people and dressing them in insurgent clothing to collect the money. Nothing is ever a perfect system.

While the cartels have moved out of the city and Medellin is working to turn once dangerous areas into beautiful parks and hangouts, there is still a lot to be done! 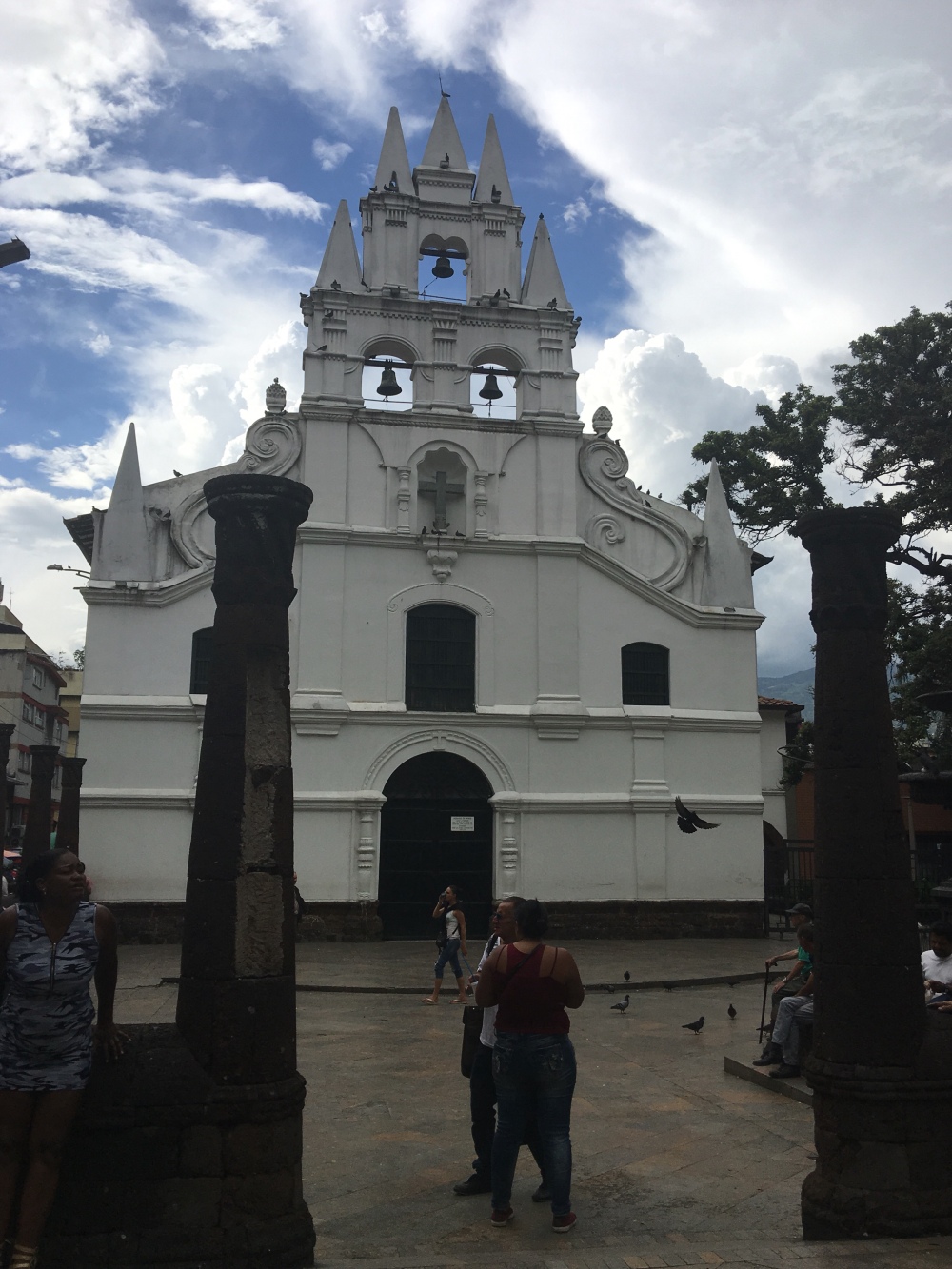 For example, this church is a common hangout for prostitutes. There are a lot of hotels around the area that are rented by the hour and after the men have sinned, they come to church and confess and all is forgiven. You have to love how forgiving religion can be. 😀 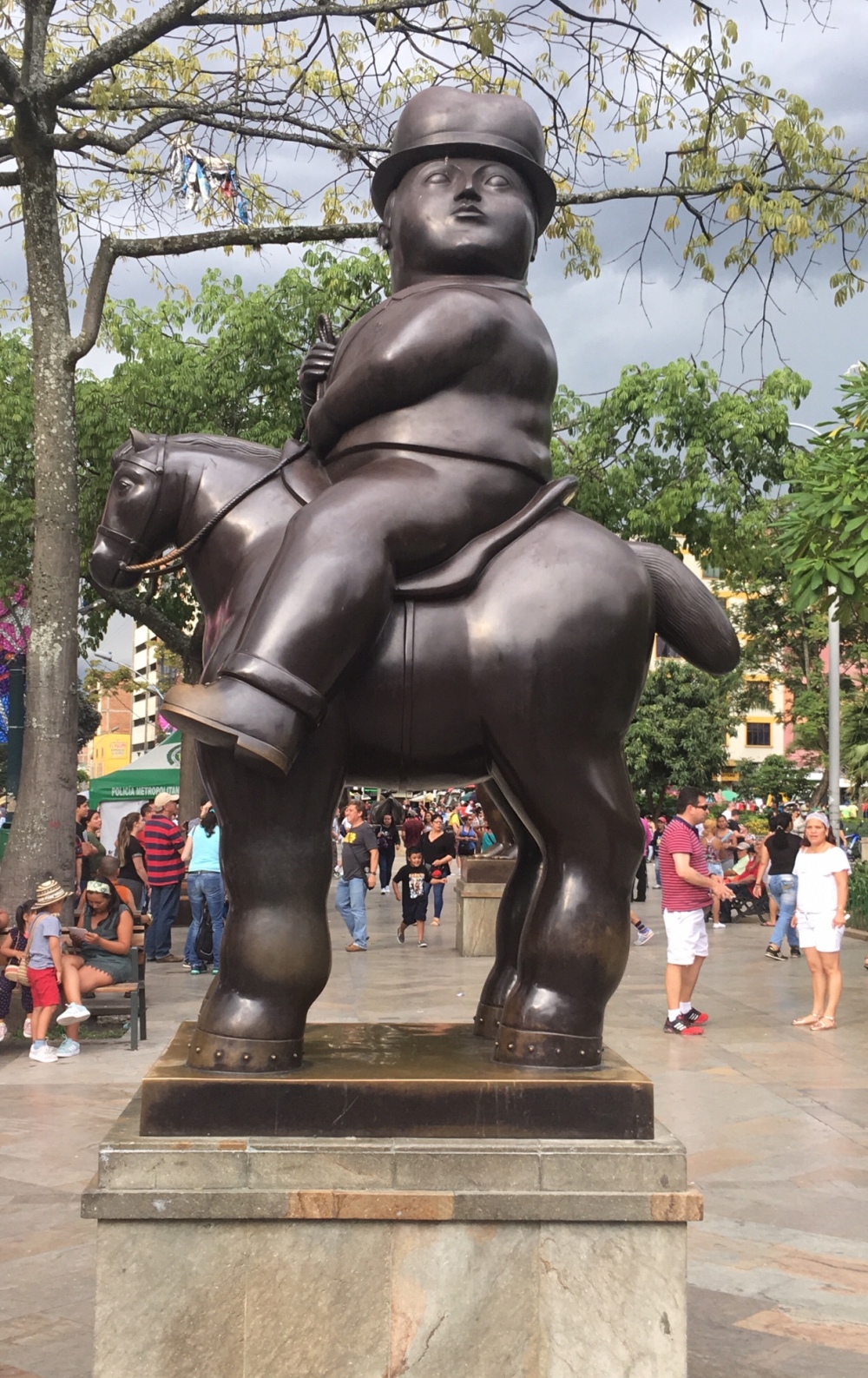 <<
at are these large out of proportion statues? Artist Fernando Botero donated these and many more to Medellin in an effort to show how Medellin is changing. It is said that each statue is worth $2.2 million USD. You can tell where people like to touch the statues because of the difference in color. Apparently, no one ever actually grows up! 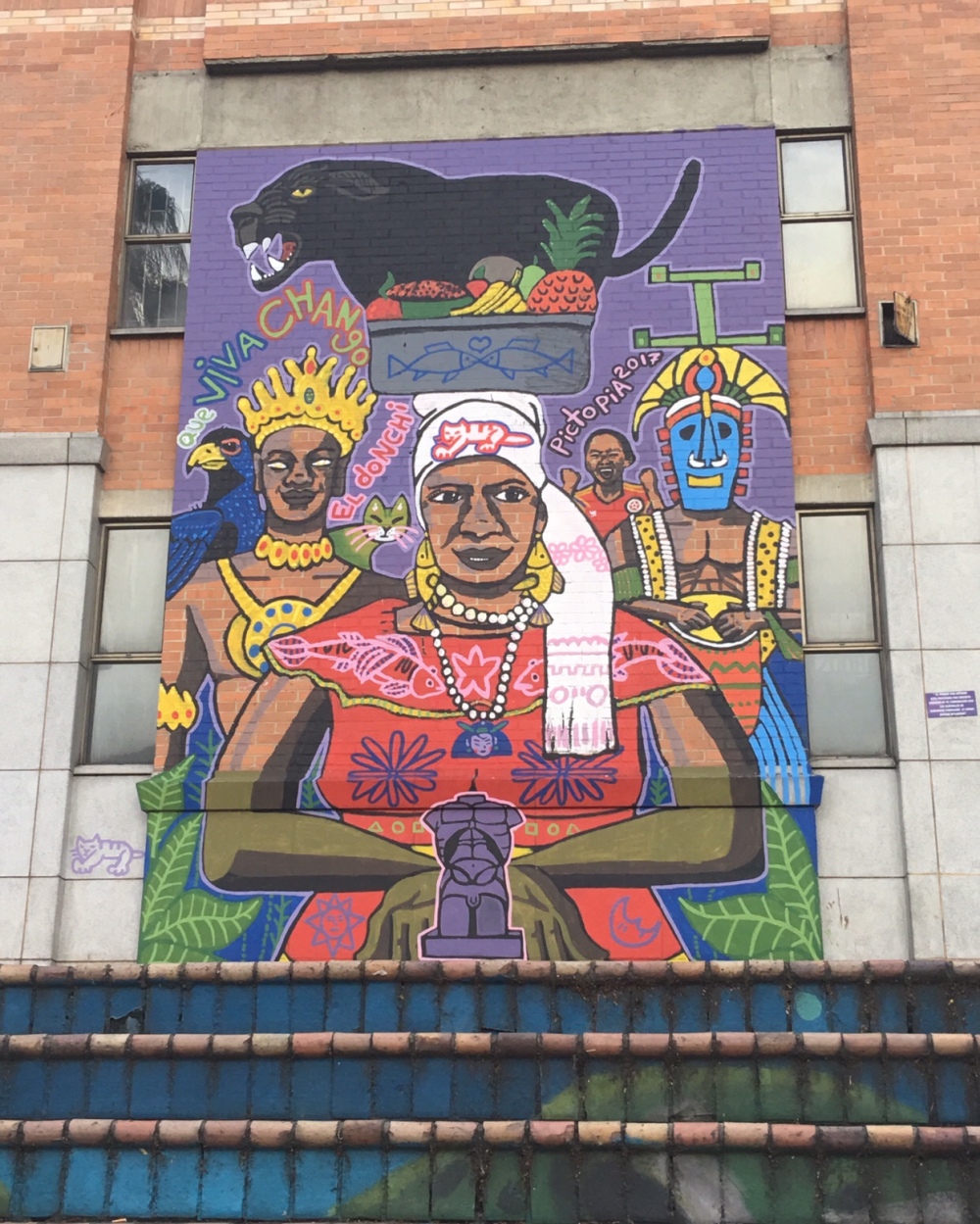 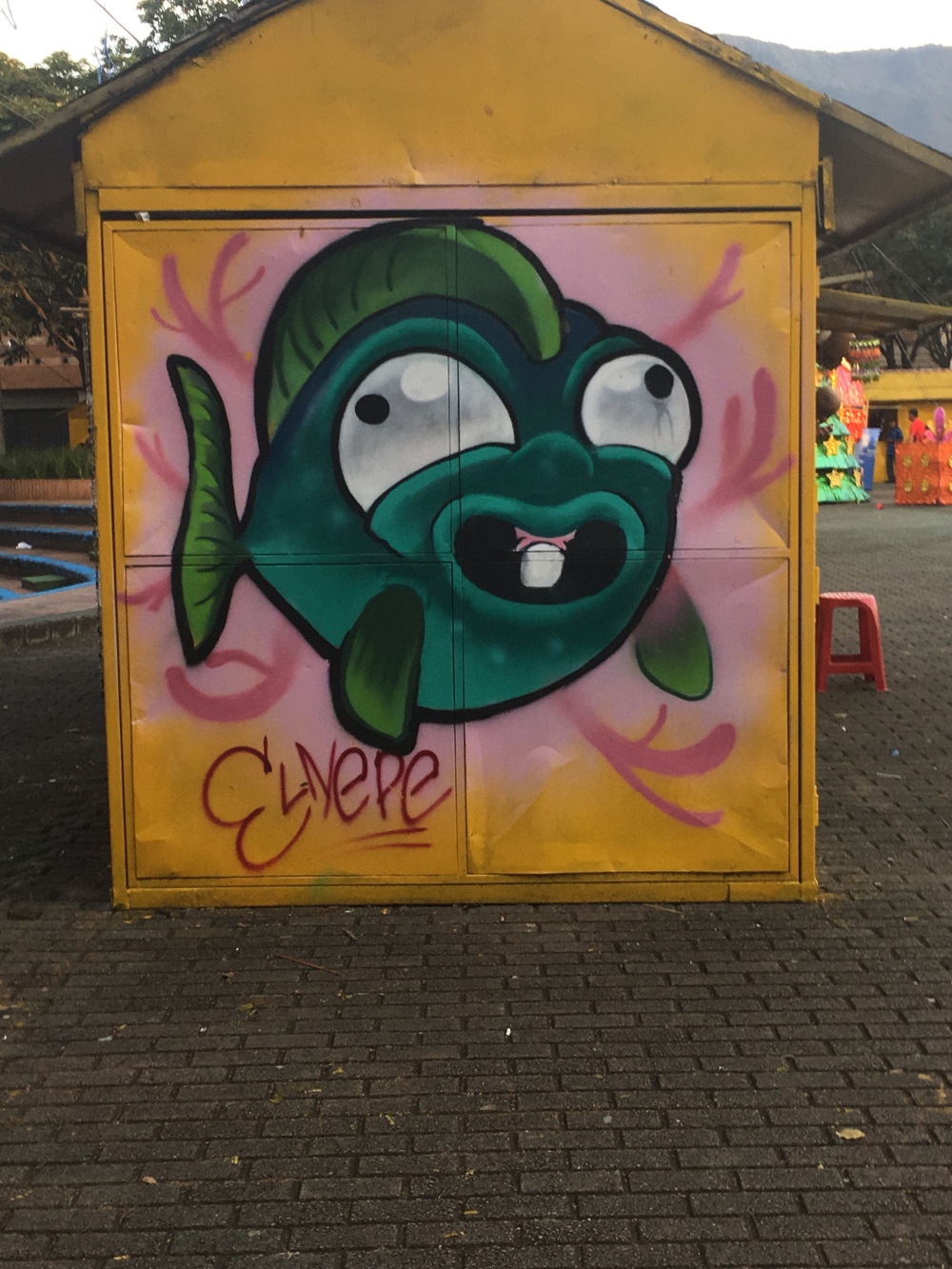 <<
e tour was over but a few of us were not ready to leave. Out guide took us to a little local bar and we all chatted and listened to music being played from vinyl and enjoyed a few beers. It was a great end to a very long day of history. 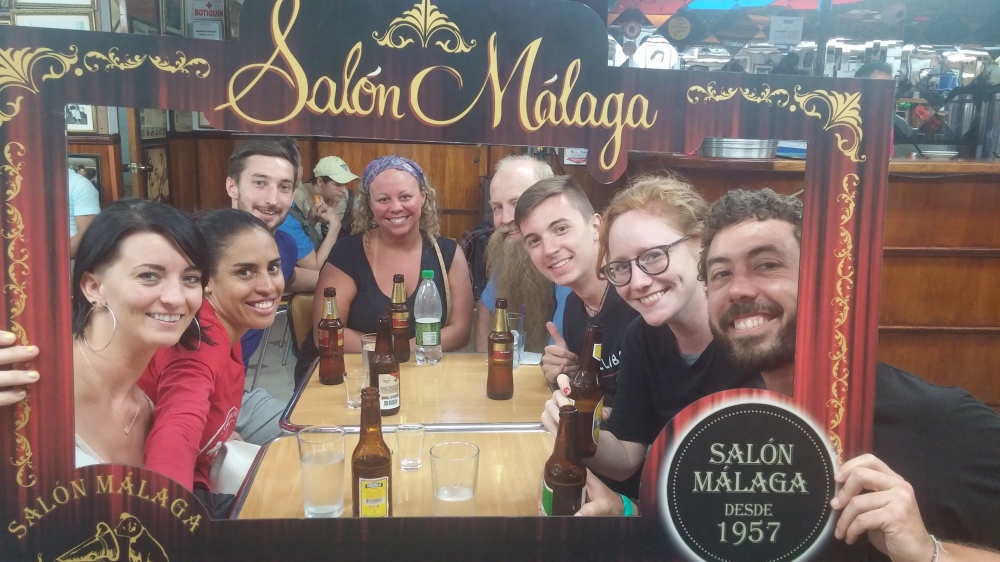