Waking up in Shanghai at the JC Mandarin was like waking up on Rodeo Drive in Beverly Hills. Outside the window was Cartier, Hermes, Chanel, Louis Vuitton and almost any other designer you could imagine. This was a vast contrast to the ancient architecture of Beijing.

Shanghai literally means “above the sea,” and is China’s largest and most dynamic city with a population of over 23,000,000 people! One of the most popular stops in Shanghai is the Bund which divides old Shanghai and new Shanghai where you can see the western commercial influence and power by the number of hotels, banks, offices and clubs. 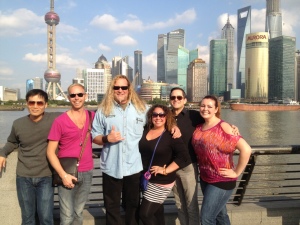 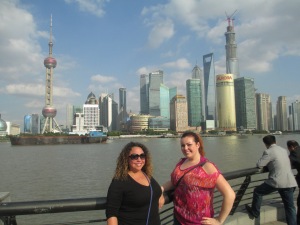 After a walk along the Bund we went to visit the Oriental Pearl Tower  and the Shanghai Municipal Wax Museum. The Pearl Tower offers amazing 360-degree views of Shanghai. It was only once I saw the vastness of Shanghai from this view that I was truly able to grasp how large the city really is.

After viewing the city we were able to head one floor down (about 88 stories) and walk along a glass floor and look at the city in a different way. Needless to say this was an experience I will not forget! 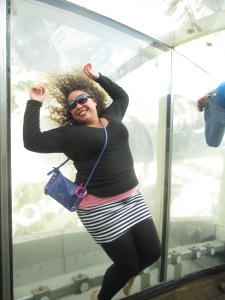 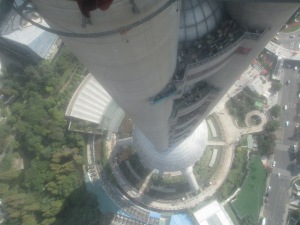 The last stop was the Shanghai Wax Museum which was fun but nothing to write home about. The best part was upon the exit where there was a Spiderman exhibit and the option to take silly pictures! 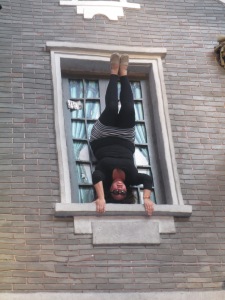 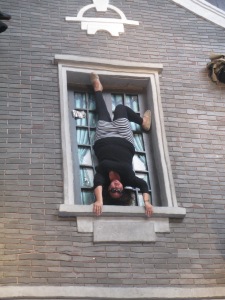 We had an option to attend a Shanghai Acrobatics Show that included plate twirling, hat dancing, motorcycles, bicycles and of course ton of acrobatics. It was an entertaining show and reminded me a lot of Cirque Du Soleil. Finally, we had to go to a local bar we had walked by just because of the name! It was a fantastic first day in Shanghai! 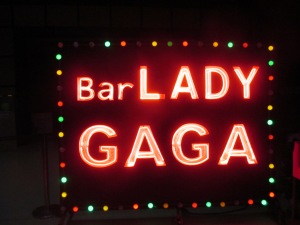