It has been a lazy last couple of days. We took the TGV train form Nice to Geneva which was an absolutely beautiful and very easy 6 hour train ride. 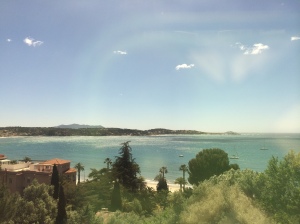 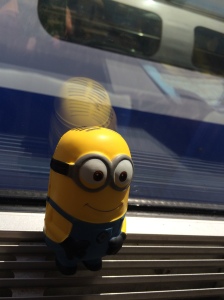 It wasn’t all just French Riviera beauty. There was graffiti along the way that I found to be very interesting. I wish I knew what it all meant. 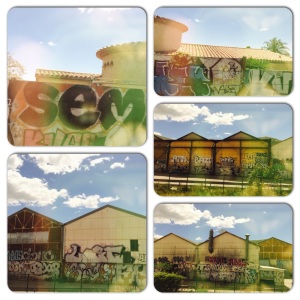 When we arrived at the train station in Geneva, we had to go through customs except customs was just taking the crowd down from a mob to two by two to a single file line. No stamp in the passport. No checking of my ID on the train or even checking the train ticket. According to my passport, I am still in France.

Although Switzerland will accept the Euro, they still use the Swiss franc. The picture below is 8.80 CHF or 9.99 USD. Change is not something you just toss since it actually has SOME value. 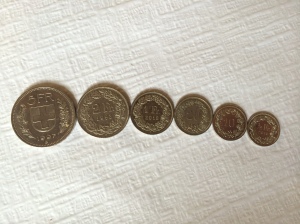 4 thoughts on “From France to Switzerland”