One of the things I love about traveling, is discovering various wines that I would never have had access to in the states. The wine region of Croatia is very small and thus, the wine is not exported. Obviously, I had to take myself for a little tasting and see what this wine was all about.

I found a great wine bar inside the city walls called D’vino Wine Bar Dubrovnik. My server was from Northern California but spent some time in Croatia for school and was working at the restaurant as his summer job. This meant he knew where Sonoma was and had an idea of what I would like based on wines I told him about.

I had a tasting flight of three wines all made from Plavac Mali which is the grape that is the father to the Zinfandel grape.

I wanted to try another wine, and my lovely server suggested Kitokret from Sontacchi. Apparently the word means interracial. I will let the bottle do all the talking on this one.

I put my headphones in and walked around the town at night. The streets were beautiful and had a great shine to them. I met a few British firefighters and tagged along with them for a night out on the town. I thought since they were in their 30’s it would be a calm night, however, they seemed to be on a boys weekend and were doing tequila shots where you snort a line of salt, take the shot and then let someone squeeze the lime in your eye. I was tasked with videoing all this and chose not to participate. 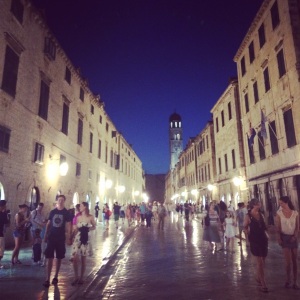 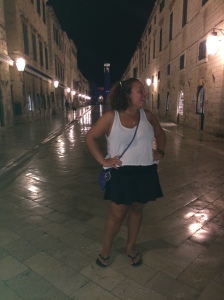 Overall, it was a fantastic night in Dubrovnik!