Although Barcelona is hugely influenced and overpowered by Gaudí, there are plenty of other artists that have left their mark in the city. We decided to step away from Gaudí and head to the Joan Miro museum. I love Miró and have a print from MOMA that I fell in love with a few years back. I could have taken about 1000 pictures while I was inside but alas, I had some self restraint and spent the time enjoying and appreciating the art instead of looking at everything through my phone. 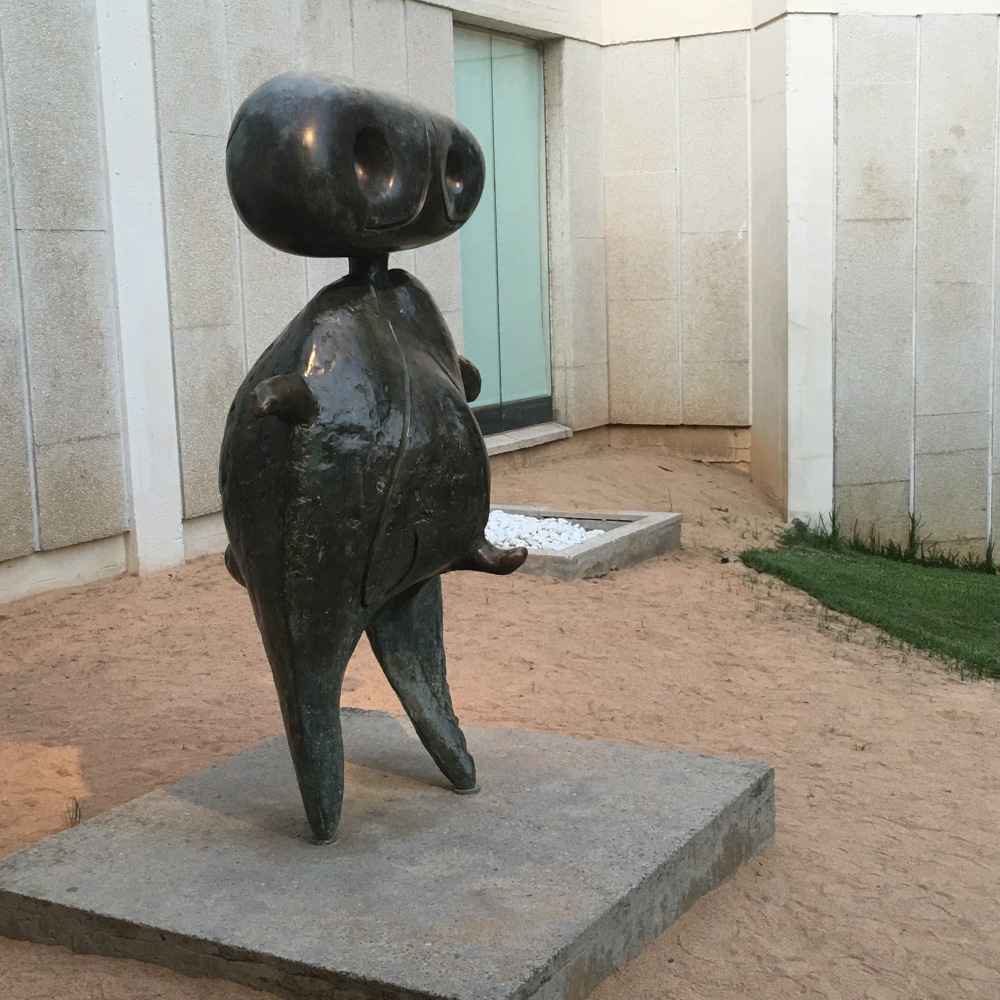 This piece greeted us as we walked into the museum. I found it very entertaining. 🙂

The dual self-portrait superimposes two different moments. The bottom layer is a pencil copy of a painting begun in 1937, where Miro’s features merge into symbols from his personal world; above it he has placed a highly synthetic graffito from 1960. The specific face is displaced by an impersonal, anonymous figure that harks back to a primeval, universal line.